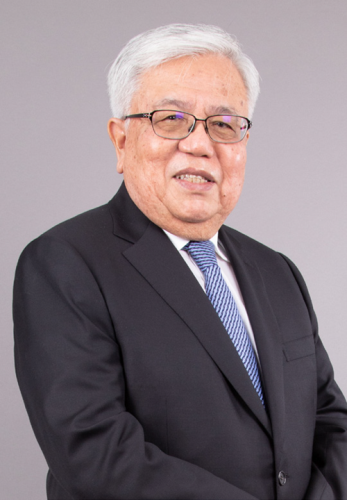 Dato’ Mohd Salleh Bin Hashim graduated from the University of Malaya in 1970 with a degree in Bachelor of Economics. He was appointed a Director on 31 March 1993 and he was the Managing Director from 22 June 1996 to 26 February 2006. He was appointed Executive Chairman on 27 February 2006. Prior to joining Gopeng, he was with the Perak State Development Corporation (PSDC) and its subsidiaries. 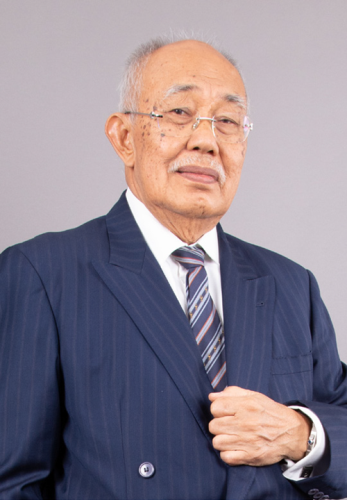 Dato’ Haji Mohamad Tahiruddin Bin Mohd Tahir graduated with a Bachelor of Economics degree from the University of Malaya in 1970. He also holds a Master of Business Administration obtained from the Drake University in the United States of America in 1983. He attended the Oxford Advanced Management Programme (AMP) in January 1998. Prior to his appointment as a Director of Gopeng on 4 October 1988, he was the Deputy General Manager of the Perak State Development Corporation (PSDC). He was the Managing Director of Gopeng from 1989 to 1992.

He attended all the 4 board meetings held during the financial year ended 31 December 2020. As at 31 December 2020, Dato’ Mohamad Tahiruddin has a direct interest of 5.78% in Gopeng. He is not related to any director of the Company and has no personal interest in any business arrangement involving the Gopeng group. 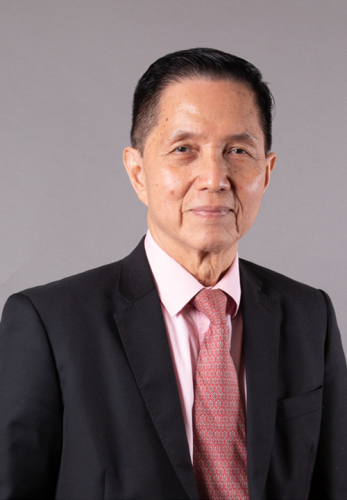 Tan Sri Dato’ (Dr) Chew Chee Kin is the President of the Sunway Group of Companies. He graduated with a Bachelor of Economics (Hons) degree from the University of Malaya. He attended the PMD program at the Harvard Business School in 1980. Tan Sri Chew was first appointed to the Board of Gopeng on 18 May 1998. He is a director of Sunway Berhad.

Tan Sri Chew attended all the 4 board meetings held during the financial year ended 31 December 2020. Tan Sri Chew represents a substantial shareholder on the Board of Gopeng. He does not have any family relationship with any director and has no personal interest in any business arrangement involving the Gopeng group. 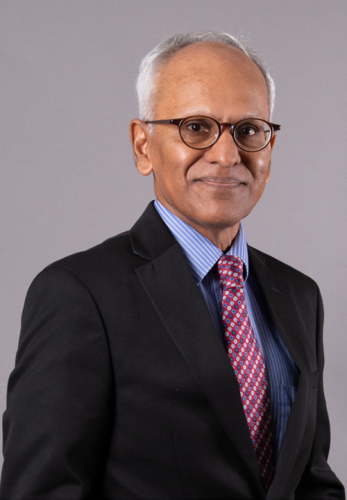 Encik Manohar Hasan Bin Ameer Ali is an Independent Non-Executive Director. He obtained a degree in Mechanical Engineering and Business Administration from the University of Aston, Birmingham, United Kingdom in 1978 and in 1979, he obtained a Post Graduate Diploma in Operational Research, from the University of Lancaster, United Kingdom. He further obtained a Masters Degree in Management Science from the University of Warwick, United Kingdom in 1980. In 2009, he obtained a Post Graduate Certificate in Accounting and Financial Management from Charles Sturt University, Australia. He joined Anderson Consulting & Co in 1980 and in 1981, he joined Amanah Merchant Bank Berhad. His last position with the bank was as Manager of Project Finance. In 1991, he joined Shapadu Corporation Sdn Bhd as the Assistant General Manager, Corporate Affairs up to 1992 when he left for Gopeng after accumulating a total of 14 years of experience in corporate affairs. He was the General Manager of Gopeng from 1 January 1993 until 22 June 1996 when he was appointed Executive Director. He relinquished his executive functions effective 1 January 2010 but remained a Director.

Encik Manohar Hasan attended 3 out of the 4 board meetings held during the financial year ended 31 December 2020. As at 31 December 2020, he has a direct interest of 0.37% in Gopeng. He has no family relationship with any director and/ or major shareholder of the Company and has no personal interest in any business arrangement involving the Gopeng group. 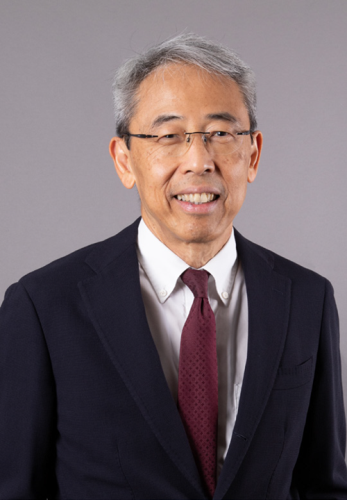 Mr Chong Chang Choong is a member of the Institute of Chartered Accountants in England and Wales and has more than 20 years of experience in banking, stocking, corporate finance and portfolio fund management.

He graduated with a Bachelor of Arts (Hons) in Economics and Accountancy from the University of Newcastle Upon Tyne, England in 1980. After working for 5 years with Robson Rhodes, a Chartered Accountants Firm in London, he returned to Malaysia in 1984 and was a Corporate Banking Officer with Bumiputera Merchant Bankers Bhd. Subsequently he held various positions in different financial institutions, including John Hancock Life Insurance Berhad and DMG K&K Kenanga Berhad. His last position prior to joining the Sunway Group was the General Manager, Investments of Public Mutual Berhad from 1995 to 2004. Mr Chong joined the Sunway Group as the Director of Group Corporate Affairs on 1 December 2010 and he is responsible for overseeing the corporate finance and treasury functions. Upon listing of Sunway Berhad he was redesignated to Chief Financial Officer of Sunway.

Mr Chong was appointed a Director of the Company on 16 February 2015. He attended all the 4 board meetings held during the financial year ended 31 December 2020. Mr Chong represents a substantial shareholder on the Board. He does not have any family relationship with any director and has no personal interest in any business arrangement involving the Gopeng group. 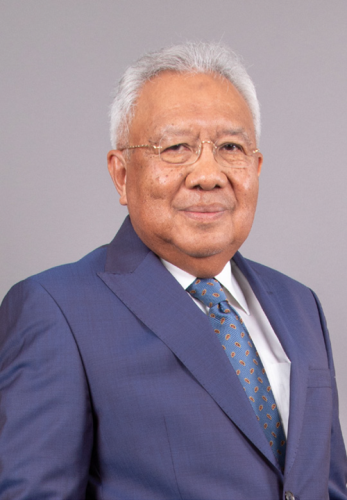 Encik Ab Ghaus Bin Ismail obtained a First Class Honours degree in Chemical Engineering from the University of New South Wales, Sydney, Australia in 1975 under the Colombo Plan scholarship. In 1976 he joined Shell Malaysia Trading Sdn Bhd taking up various technical and commercial positions. In 1982 he joined MMC Bhd as the Coal Manager in the marketing division. Encik Ab Ghaus left MMC Bhd in 1985 and started his own company, GMA Resources Sdn Bhd in which he is the Executive Chairman. Encik Ab Ghaus had diversified into other businesses and investments in his private capacity.

Encik Ab Ghaus was appointed a Director of the Company on 3 December 2018 and is a member of the Audit Committee, the Remuneration Committee and the Nomination Committee. Encik Ab Ghaus attended all the 4 board meetings held during the financial year ended 31 December 2020. As at 31 December 2019 he held 841,350 shares in Gopeng. He does not have any family relationship with any director and/or major shareholder of Gopeng, nor any personal interest in any business arrangement involving the Gopeng group. 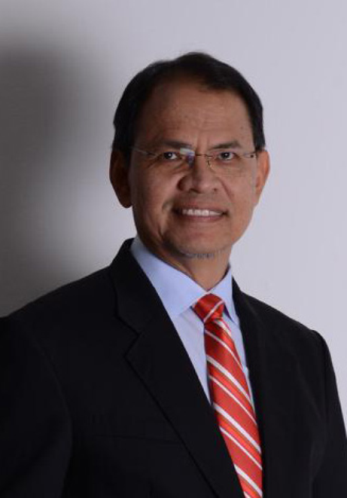 Dr Mohd Nordin was appointed a Director on 11 February 2021 and was made a member of the Audit Committee on the same date.
He obtained his Doctorate degree in Strategic Management from Strathclyde University, UK in 1995. He graduated from the Western Michigan University, Michigan, USA in 1981 with a Bachelors degree in Accounting and in 1983 he obtained his Masters in Accounting from the University of Arkansas, USA.

Dr Mohd Nordin is a director of Ambank Islamic Berhad, Zurich General Takaful Malaysia Berhad and UDA Holdings Berhad. He also sits on the Board of International bodies such as Accounting & Auditing Organisation for Islamic Financial Institutions (AAOIF) in Bahrain, UAE and the Institute of Public Accountants (IPA) Australia in Melbourne and serves as an investment committee member of a subsidiary of AIA Berhad. He used to serve as a member of the Public Accountants Oversight Committee in Brunei.

As Dr Mohd Nordin was appointed after the year end, he did not attend any of the meetings held during 2020. As at the date of this report, Dr Mohd Nordin does not hold any shares in the Company and has no family relationship with any director nor has he any personal interest in any business arrangement involving the Gopeng group.

Other than traffic offences, none of the Directors has had any convictions by a court of law within Malaysia or elsewhere, of

within a period of 5 years from date of conviction or if sentenced to imprisonment, from the date of release from prison, as the case may be.